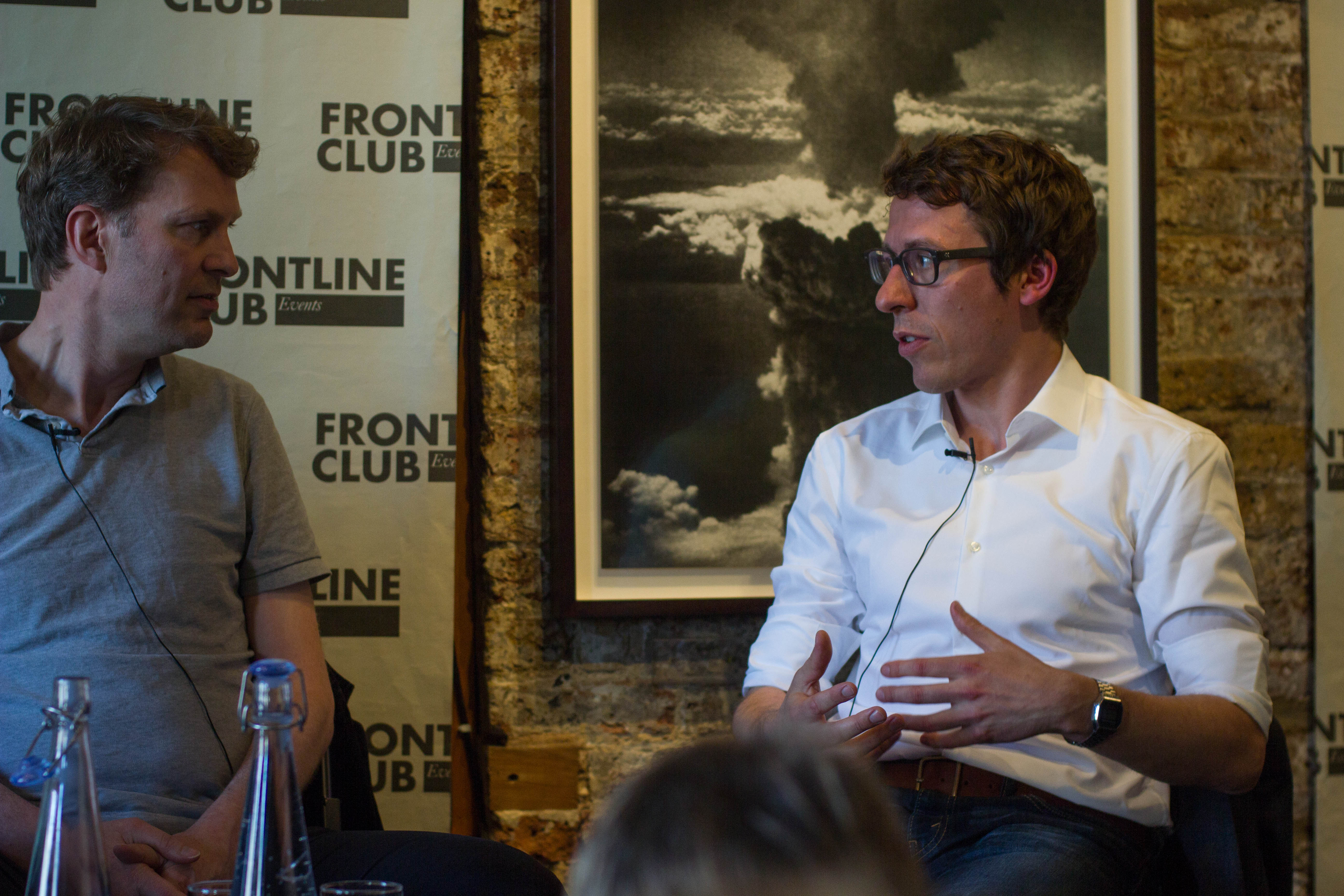 Bastian Obermayer (pic: at Frontline Club with Luke Harding, left, from Guardian) is a Pulitzer Prize winning reporter for the investigative unit of the Munich-based Süddeutsche Zeitung, Germanys biggest broadsheet. He was the reporter who received the Panama Papers documents from an anonymous source, later known as John Doe. Together with his colleague Frederik Obermaier and the International Consortium of Investigative Journalists (ICIJ) he broke the story of the biggest leak in journalism – and wrote, again with Frederik Obermaier, the same named book.

Bastian Obermayer worked from 2005 until 2012 for the magazine of Süddeutsche Zeitung, specializing in long form and investigations. His topics included Nazi war criminals, serial killers and sexual abuse in Catholic boarding schools. In 2012 he moved to the newspaper itself and joined the inverstigative unit. He regularly coordinates special investigations at Süddeutsche Zeitung, for example the work on Offshore Leaks, Luxembourg Leaks or Swiss Leaks.

He is the author and editor of several books, including God is Yellow (about the affair of manipulations and wrongdoings in the German 19 –million-member automotive club ADAC, an affair which Obermayer first revealed), Brother, What Have You Done (about Catholic friars who abused boys) and Letters From the Front – German Soldiers Tell About the War in Afghanistan (during a time when no one in the government used the word “war”).